There are no events to display
Colton Sweet

The Rams kicked off Spring Break with games on March 12-13.

The team was scheduled to play in the Panama City Invitational over Spring Break, but all baseball in the state of Florida was cancelled before they left.

Four GCA seniors expressed their commitment to continue their athletic careers at the collegiate level during a signing ceremony on Wed., November 13 at Grace Christian Academy.

Congratulations to the following GCA seniors who signed on Wed., November 13 with their respective schools to continue their athletic careers at the collegiate level.

Congratulations to this outstanding group of student athletes.  We're so proud of you and excited to see God's plans for your future unfolding!

Congratulations to the GCA Baseball team on the following All-District awards received!

We're so proud of your outstanding effort and hard work this season! GO RAMS! 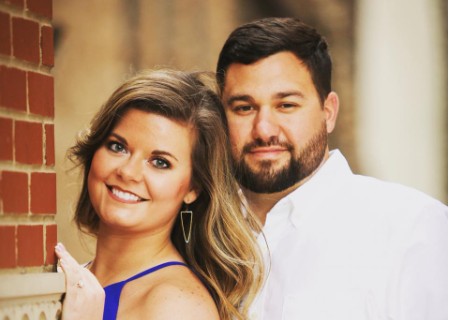 We're excited to welcome Coach Byrd and his wife, Chelsey, to the GCA community!

In a press conference held on Monday, November 26 in the Grace Christian Academy Coffey Field House, Athletic Director, Gene Baker, introduced Jonathan Byrd as the new Head Baseball Coach for the TSSAA Division II Class A program.  Byrd arrives at Grace following three years of helping to resurrect programs first, as head coach at Giles county in Pulaski and, most recently, as assistant at Clinton.  Prior to his appointment at Giles County, Byrd spent three years as an assistant on the Martin Methodist staff where the Redhawks complied a 92-56 record following a 31 win season in his senior playing season.  Byrd’s playing career also included stops at Columbia State Community College and Hiwassee College.

When asked about the position at Grace, Byrd spoke for both himself and his wife.  “Chelsey and I feel extremely blessed to have the opportunity to be a part of such an incredible community like Grace,” and as far as getting started with the baseball program, “I can’t wait to start building relationships with my guys and making an impact on their lives.”

The Rams come off a 28-13, 2018 season that culminated in a state quarterfinal appearance.  So where does the program go from here?  The new coach had a definitive answer.  “Knowing the baseball culture at Grace, I’m sure our returning players have redemption on their minds.  The goal here will always be a state championship.  With hard work and determination, I believe that’s a realistic goal for this spring.”

According to Director Baker, the four-month wait to identify the Ram’s next skipper has yielded positive results.  “We couldn’t be happier with our choice for the school, the program, and, especially, our baseball student-athletes.  Coach Byrd checks all the boxes.  He’s been a head coach and has experienced on-field success as both a head and assistant coach.  Additionally, his collegiate experience gives him a more insightful perspective than most.  Best of all, he and Chelsey epitomize what being a member of the Grace Community is all about, strong in faith and driven to excel.  Lead…Build…Equip!”

The Rams open the 2019 campaign in the Playing-For-A-Cure Classic in March and all signs point to a team that will be ready to complete in TSSAA Division II Class A, District 1, statistically, the toughest district in the state last year.